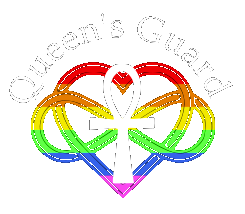 Trevor Project
Phone: 1-866-488-7386
According to their website, "Founded in 1998 by the creators of the Academy Award®-winning short film TREVOR, The Trevor Project is the leading national organization providing crisis intervention and suicide prevention services to lesbian, gay, bisexual, transgender, queer & questioning (LGBTQ) young people under 25."
​

GLSEN (Gay and Lesbian Independent School Teachers Network)
Phone: 212-727-0135
According to their website, "GLSEN works to ensure that LGBTQ students are able to learn and grow in a school environment free from bullying and harassment. Together we can transform our nation's schools into the safe and affirming environment all youth deserve."

Point Foundation
​Phone: 323-933-1234
According to their website, "Point Foundation empowers promising lesbian, gay, bisexual, transgender, and queer students to achieve their full academic and leadership potential - despite the obstacles often put before them - to make a significant impact on society."

GSA Network
Phone: 415-552-4229
​According to their website, "GSA Network is a next-generation LGBTQ racial and gender justice organization that empowers and trains queer, trans and allied youth leaders to advocate, organize, and mobilize an intersectional movement for safer schools and healthier communities."